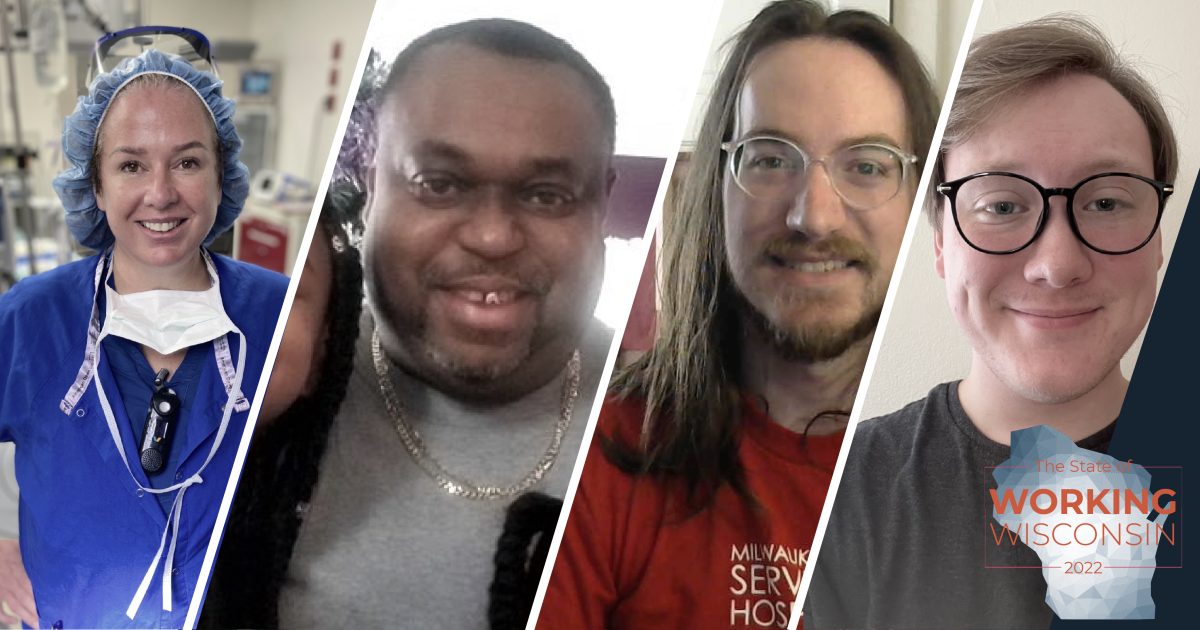 Today, COWS launched the State of Working Wisconsin 2022, which offers the most recent data available on wages, jobs, disparities, and unions to build a stronger understanding of what is going on in the state’s labor market. In time for Labor Day, this report celebrates promising trends and worker achievements over the past year, while continuing to shine a light on the deep underlying challenges and inequalities facing Wisconsin workers.

The “great resignation” is a myth; Wisconsin is working in record numbers

In May 2022, the number of workers in Wisconsin hit a record high of 3,059,300. The state’s unemployment rate has held at or near historic lows for all of 2022, and in July 2022, Wisconsin’s labor force participation rate was 66.5 percent – higher than it was before the pandemic.

Women in Wisconsin are especially likely to work, posting labor force participation of 62 percent in 2021 compared to the national rate of 56 percent. “There is simply no evidence of a great resignation in Wisconsin,” said Laura Dresser, Associate Director at COWS.

Wisconsin’s wages are up, but wage disparity remains substantial

Median real wages grew by more than $2 per hour over 2018 to 2021. This is the strongest growth in real wages in this century.

Unionization rates have been declining, but worker organizing is on the upswing in 2022

Since the passage of Act 10 and so called “right to work” in Wisconsin, union density has fallen by one-third in Wisconsin. Among neighboring states, Wisconsin’s unionization decline is exceeded only by Iowa, whose public sector bargaining bill was modeled after Wisconsin’s Act 10. Meanwhile, Minnesota has actually experienced an increase in unionization over the last decade.

“Wisconsin workers have been able to make some gains in recent years,” said COWS Director Joel Rogers. “Tighter labor markets have improved labor’s bargaining position and workers are beginning to use that power.”

Despite de-unionization over the last half century, worker organizing has surged in 2022. Next week, as a supplement to the State of Working Wisconsin 2022, COWS will release a series of profiles highlighting stories of workers organizing across Wisconsin.

View the State of Working Wisconsin 2022 at: workingwi.org.

Based at the University of Wisconsin-Madison, COWS is a national think-and-do tank that promotes “high road” solutions to social problems. These treat shared growth and opportunity, environmental sustainability, and resilient democratic institutions as necessary and achievable complements in human development. COWS is nonpartisan but values-based. We seek a world of equal opportunity and security for all.

By joining our e-mail list, you will receive COWS Notes, a periodic e-newsletter that keeps you posted about COWS activities. Occasionally, you may receive other timely announcements of interest.