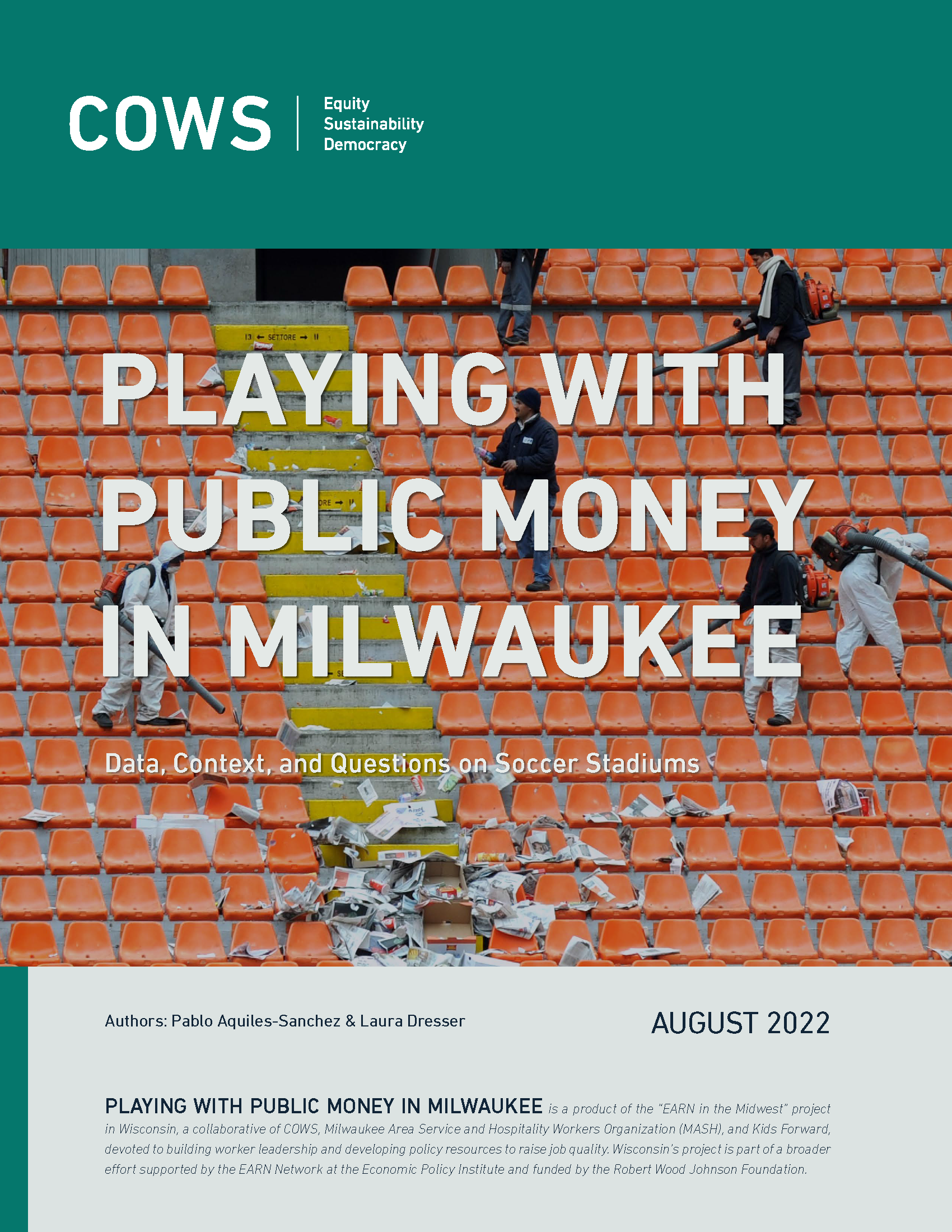 Developers often approach cities disguising their private ventures as irresistible public goods. Asking for public money for sports stadiums and entertainment venues, they promise economic development, urban renewal, and neighborhood revitalization. Despite the big promises, public investments are often neither transparent nor accountable. As a result, securing public benefit from these deals is rare.

Developers have seized soccer’s increasing popularity to design soccer stadium projects with ancillary commercial and residential development in urban centers across the nation. As with other urban developments and sports stadiums, the payoffs for communities remain murky at best.

This trend has come to Milwaukee. In May 2022, Kenosha-based Bear Development and Kacmarcik Enterprises released a development plan for an “Iron District” on the southwestern end of downtown Milwaukee. Playing with Public Money in Milwaukee provides Milwaukee residents and political leaders background information and additional context as this proposal is considered, offering an overview of relevant research on the economic impact of sports arenas and information on recent public investment in soccer stadiums in five other cities.