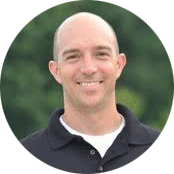 Nick Mastronardi (PhD Economics) loves working at the intersection of public policy, technology, and strategy. Nick has been a public servant for over 15 years including time as an active duty officer in the Air Force, on faculty at the Air Force Academy, and as a Senior Economist on the President’s Council of Economic Advisers where his policy portfolio included several projects focused at the local and community level. Nick has also worked with cutting edge technology organizations leading causal data science initiatives, and the strategic implications around them, as a Senior Economist for Amazon. Currently Nick is the CEO of Polco, a Madison based civic participation technology company, and Director of National Research Center, a team of professional survey scientists and data scientists helping conduct advanced survey and performance analyses with hundreds of local governments across 40 states. Nick holds undergraduate degrees in Math & Physics from the University of Notre Dame, and a PhD in Economics from the University of Texas Austin. Nick and his family are actively involved in their community in Middleton, Wisconsin.